Christopher Tamulevich is the creator/writer/artist/colorist for the Hero Shack comic book series started online in January, 2019. Although he is diagnosed with an “autism spectrum disorder”, he still clings to the term, Asperger’s Syndrome, as it was formerly known.  His autism was likely the single, biggest obstacle he has faced throughout his fifty years of life so far. It certainly played a commanding roll in turning him away from creating comics, driving him into a career as a graphic artist through some sort of mental compromise.

As time passed, he became disillusioned with the graphic arts profession and found himself bouncing around until he became a computer tech for a public school district. There, he spent a decade working for teachers and assisting students, and rediscovering his own inner child. The more he worked in that environment, the more he felt a natural calling back to the gift of drawing which he had long held within for a myriad of reasons. As he started drawing and showing his art to the students, he remembered the satisfying elation of watching friends and family enjoying comic books he had created, and he started forming a new plan for the rest of his days.

It has been made abundantly clear, in Christopher’s mind, that he is closer to his death than his birth, and time is running out for him if he truly wishes to become the master storyteller he has always dreamed of becoming. After years of encouragement and support from his loving wife and editor, Diana Tamulevich, he is finally coming out of the closet and into the world with a new found maturity and confidence that he lacked when he was just a hopeful 18 year old.

Hero Shack Sandbox was the creative project he was using as a training ground to get ‘into the game’ and make new friends who also burn with the fire to create comics. In the Hero Shack Sandbox series, you see the growth of a storyteller as he honed his craft aiming to bring his cast of characters to readers everywhere! In 2020, he presents Hero Shack, In Search of Heroes… spinning a mind blowing tale of super hero goodness.

Our Books Are on Amazon! 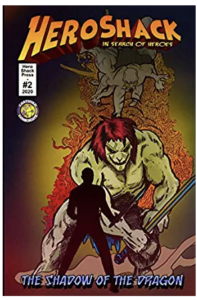 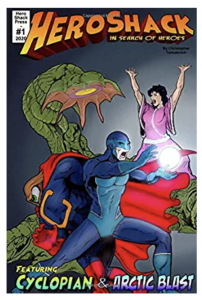 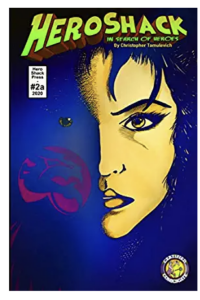 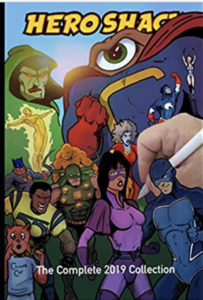